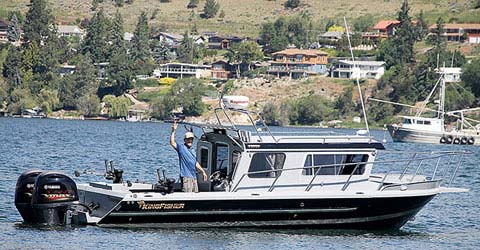 From an auspicious start fishing the bass, pike and muskie lakes of Northern Ontario, Milne has spent the past two decades plying his angling passion on the West Coast of British Columbia. From Haida Gwaii to Vancouver Island, Milne and his Big Coast Crew have chased trophy Chinook salmon and a veritable saltwater buffet inshore, offshore and anywhere a big aluminum boat will take you. As a founding member of Team Kingfisher/Yamaha and veteran TV producer, Milne and company fish salmon and tuna derbies through summer months in Pacific NorthWest … and rock the Big Coast every chance they get! Big Coast … the very best in saltwater sportfishing TV adventure from the Wild West Coast!